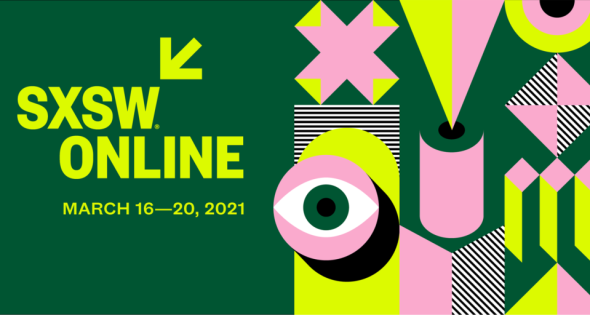 After canceling the 2020 SXSW due to the COVID-19 pandemic, the 2021 festival will continue as planned. Although it will be virtual, the festival will hold all regular features and activities for viewers to see. SXSW will also include more than 100 artists worldwide to showcase performers for their annual music festival. The entire event will be held on March 9-20, with SXSW EDU Online occurring March 9-11, while SXSW Online will take place March 16-20. The festival will include keynote speakers such as Secretary of Transportation Pete Buttigieg, writer Charles Yu, and musician and activist Willie Nelson. In addition, the slate of 2021 SXSW films feature a number of high-caliber, extraordinary movies, ranging from debut productions by new, up-and-coming independent filmmakers to comedies and other notable genres.

The opening night film will be the highly anticipated Demi Lovato: Dancing with the Devil, which tells the story of Lovato’s 2018 overdose and aftermath. The closing night film will be the world premiere of Alone Together, showing the journey of singer/songwriter Charli XCX in quarantine, making an album in 40 days. Finally, the world premiere of Tom Petty, Somewhere You Feel Free, will be the centerpiece film that shows footage of Tom Pettycreating his 1994 record Wildflowers.

The Narrative Feature Competition consists of eight films, including Potato Dreams of America and Women is Losers. Each movie tells a unique story of what certain individuals in our world have gone through. While Potato Dreams of America tells the story of a gay boy and his mother escaping to Seattle during the collapse of the USSR, Women is Losers tells the story of a catholic schoolgirl wanting to rise above the oppression of poverty while breaking down societal barriers for women and investing in a bright future for herself. These films and more in this category are examples of how filmmakers show audiences the world’s lives and hardships. Here are the films included in this year’s competition:

I’m Fine (Thanks For Asking)

The End Of Us

The Narrative and Documentary Spotlight include sixteen influential films. Two of those films are See You Then and Fruits of Labor. See You Then tells the story of a woman named Naomi inviting her former lover to dinner to catch-up on their complicated lives, relationships, and transition. Fruits of Labor tells the story of a Mexican-American farm worker who’s threatened to become her family’s breadwinner after ICE raids her community. These films are prime examples of reaching out to an audience on issues that people see every day, yet sometimes go unheard.

Midnighters contain eight dark feature films. This year, one, in particular, is Sound Of Violence. This film is about a young girl who recovers her hearing and gains synesthetic abilities during the murder of her family. She begins to compose music based on various murders. In a dark and twisted way, this movie is beautiful. Any film of a dark nature being beautiful means it’s unique. However, seven other films in this category are also impressive.

Emma Saletta is an editorial intern of Dig IN Magazine. She received a B.A. in Communications from Saint Joseph's College of Maine in 2018, and an M.S. in Information Technology from Southern New Hampshire University in 2020. Having a passion for music and entertainment, she began to write articles and song reviews for the small music blog Borderless Melodies in 2020. She went on to be published by four other publications, including edm.com and MTV News. Emma also has experience in social media marketing, photography, and video editing, and has used her marketing and design skills to raise more than $1,000 for the Together We Rise organization.